Meet the Professional Advocates for Children in Education (PACE)

Jo Ward was a secondary and, latterly, an all-through school headteacher for sixteen years prior to moving into the Education and Skills team in Derby. Her headship school for her last twelve years included an ERF for students with ASD. She has experience working with Ofsted and inspecting primary, secondary and special schools. Jo has a Master’s Degree in Education (MA in Ed), a Post-Graduate Qualification in School Inspection (PQSI), an NPQH and a mathematics degree.

During her time working in schools, Jo has also been seconded several times to train and work as a Professional Partner for new headteachers, a School Improvement Partner and an Associate Headteacher in a special school. Secondments also include work in several local authorities leading work on school improvement planning, on curriculum development, on making links between schools and employers and on mathematics teaching in primary and secondary phases. She has been a SENCO, although the title was different in those days, and was originally a mathematics teacher, teaching mathematics in secondary schools up to Further Mathematics A level. In her spare time, Jo eats, cooks and sings.

Maxine has spent extensive years working in Derby City and Derbyshire schools across 3 – 16 age range. She has led English, Mathematics, Humanities and ‌RE in schools and enjoys teaching dance. In Derby she served as a headteacher and executive headteacher of 3 schools-a maintained nursery school, a church controlled nursery and infant school and a primary school. She enhanced learning through national accreditations in International School Work (Advanced), National Sing Up Award Platinum, Basic Skills Quality Mark, Inclusion and was a pilot school for the now international Childrens’ University.

She has worked as a Local Authority Language Advisory Teacher across Derbyshire specialising with a PGCE in EAL. She was an associate lecturer at the University of Derby also on EAL. She has worked closely with DFE (SCAA), Universities and LA on research into reading and also through Derby City Pride in Literacy Projects. She has been a Basic Skills Quality Mark Assessor and a Leading Partner for Governors for the National College. She became a Local and National Leader of Education supporting school improvement. She was one of the founders of a local Teaching School Alliance and headteacher of a National Support School. She has represented Church of England schools at SACRE.

Shaheen Parekh worked in several roles in an all-through school before taking on city wide Opportunity Area coordination role focusing on reducing mobility in secondary schools. Her educational roles have involved Inclusion and English. She has experience working with primary, secondary and special schools.

During her time working in schools, Shaheen completed a Master’s in Education (MA Ed); a two-year leadership course with Ambition School Leadership and a level 7 Attachment qualification with Brighton University.

Now as a member of the Education and Skills team, Shaheen works as the Responsible Officer for ECTs (Early Career Teachers) and is coordinating the Derby Holiday and Activity Food programme for the DFE. 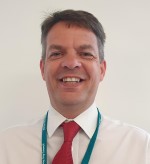 ‌‌Vincent was successful in applying to join the PACE team in March 2021. He brings experience of school leadership, as well as the experience of offering support and challenge to colleagues in school. During Autumn 2018 he began working with a Local Authority in the East Midlands, supporting schools in Leicester as a Raising Achievement Partner. He has also supported the authority’s work in the review safeguarding in schools and investigating concerns raised with the authority. He continues to work with schools in the city through a school-led alliance, focusing on school improvement.

Vincent gained considerable experience as a senior leader having been in headship for more than a decade. He has worked in a wide range of primary schools in the south-east and East Midlands. He has taught across the primary age range with experience of statutory assessment as a teacher and head for both Key Stage 1 and Key Stage 2. He has been a marker for KS2 national tests, gaining further insight into the assessment process. Whilst still school based, he completed peer reviews with Challenge Partners, CfBT and Transform TSA. In current roles, he has support headteachers in conducting peer reviews in addition to leading reviews of remote learning with school leaders.

He is a Pupil Premium Reviewer, and he has supported schools in developing their provision for disadvantaged pupils across the region. He worked with a Teaching School Alliance in developing Maths with a small group of schools in and around Nottingham in a time limited project. He also supported new and aspiring Maths leaders developing their leadership alongside the development of practice in school. Vincent is a facilitator for NPQML, NPQSL and NPQH with Inspiring Leaders and NPQonline; he is also an NPQ assessor and moderator. He serves as a school governor with a primary school in Nottingham.

Headteacher of the Virtual School for Looked After Children: Graeme Ferguson 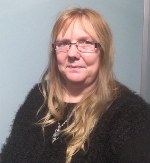 Jayne Hadfield has worked at Derby City Council since 1999 in the Education Advisory Services. Previous jobs included working at the local stables helping with horse riding lessons and stable management, working at the Employment Services helping people with their job searches, as an Assistant Buyer for a private manufacturing company and a short spell selling very expensive vacuum cleaners! Jayne was instrumental in setting up the Governor Support Team for the LA in 2001 and eventually became Governor Support Manager. She is a member of both the National and Regional Co-ordinator of Governor Services Groups and has a Level 6 Professional Certificate in Co-ordinating Governor Services qualification.

Jayne has vast knowledge on the regulations around school governance and gives advice to Clerks, Governors, Head teachers and LA officers. She also plans and also leads on training for governors and clerks as well as fulfilling the Statutory Duties for the LA. Jayne also works with MATs organising and delivering updates and training for local academy governors and trust boards alike. Another area that Jayne works is with the LA NQT Responsible Officer to deliver the Appropriate Body role for NQTs and she works closely with the Head of Education and skills, the team of Professional Advocate for Children in Education and also the Service Director of Learning, Inclusion and Skills. Jayne facilitates the School Business Manager Briefings and LA Maintained School Head teacher meetings.

Ellen Wilkinson has worked in Derby city for nearly 20 years. Previously she has been a Deputy Headteacher for 6 years, in an all-through school, leading behaviour and inclusion across both the primary and secondary phases. Ellen started her career as a PE teacher and developed her role in leadership in the pastoral and inclusion areas, leading teams in SEND, EAL and Care & Guidance. Ellen also previously led on the city wide Opportunity Area Family Engagement project across primary and secondary schools, and has been a Lead Challenger on the Opportunity Area SEND Peer Review project.

Ellen is a parent governor at her youngest child’s primary school, she enjoys spending time with her family and walking in the countryside with her dog.

Now as a member of the Education and Skills team, Ellen leads on In Year Fair Access and Exclusions, working with Headteachers and Senior Leaders in reducing exclusions across the city.

Cookies used on the site are categorized into 'necessary' and 'analytical'. You can read about each category and allow or deny some or all of them. You can see a list of cookies assigned to each category and detailed information on the cookies page.